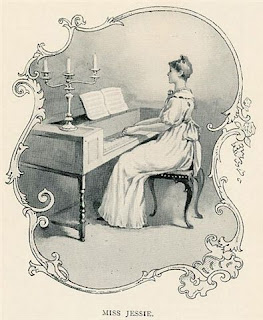 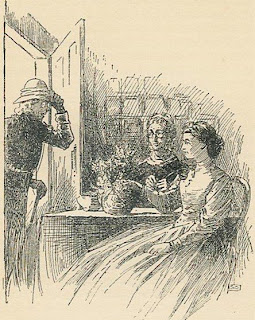 THE rain had fallen, the Poet arose,
He pass'd by the town and out of the street,
A light wind blew from the gates of the sun,
And waves of shadow went over the wheat,
And he sat him down in a lonely place,
And chanted a melody loud and sweet,
That made the wild-swan pause in her cloud,
And the lark drop down at his feet.

The swallow stopt as he hunted the bee,
The snake slipt under a spray,
The wild hawk stood with the down on his beak,
And stared, with his fot on the prey,
And the nightingale thought, I have sung many songs
But never a one so gay,
For he sings of what the world will be
When the years have died away.'

I
STILL on the tower stood the vane,
A black yew gloom'd the stagnant air,
I peer'd athwart the chancel pane
And saw the altar cold and bare.
A clog of lead was round my feet,
A band of pain across my brow;
'Cld altar, eaven and earth shall meet
Before you hear my marriage vow.'

II
I turn'd and humm'd a bitter song
That mocked the wholesome human heart,
And when we met in wrath and wrong,
We met, but only meant to part.
Full cold my greeting was and dry;
She faintly smiled, she hardly moved;
I saw with half-unconscious eye
She wore the colors I approved.

III
She took the little ivory chest,
With half a sigh she turn'd the key,
Then raised her hand with lips comprest,
And gave my letters back to me.
And gave the trinkets and the rings,
My gifts, when gifts of mine could please;
As looks a father on the things
Of his dead son, I look'd on these.

IV
She told me all her friends had said;
I raged against the public liar;
She talk'd as if her love were dead.
But in my words were seeds of fire.
'No more of love;your sex is known:
I never will be twice deceived.
Henceforth I trust the man alone,
The woman cannot be believed.

V
'Thro' slander, meanest spawn of Hell
(And woman's slander is the worst),
And you, whom once I loved so well,
Thro' you, my life will be accurst.'
I spoke wth heart, and heat and force,
Like torrents from a mountain source
We rush'd into each other's arms.

VI
We parted: sweetly gleam'd the stars,
And sweet the vapour-braided blue,
Low breezes fann'd the belfry bars,
As homeward by the church I drew.
The very graves appear'd to smile,
So fresh they rose in shadow'd swells;
'Dark porch,' I said, 'and silent aisle,
There comes a sound of marriage bells.'